Per artist / tour requirement, there will be a strict NO camera / photo / video recording of any kind policy during the Jim Gaffigan performance on Sunday, January 29.  All patrons are asked to adhere to the artist's request and enjoy the show without distraction! 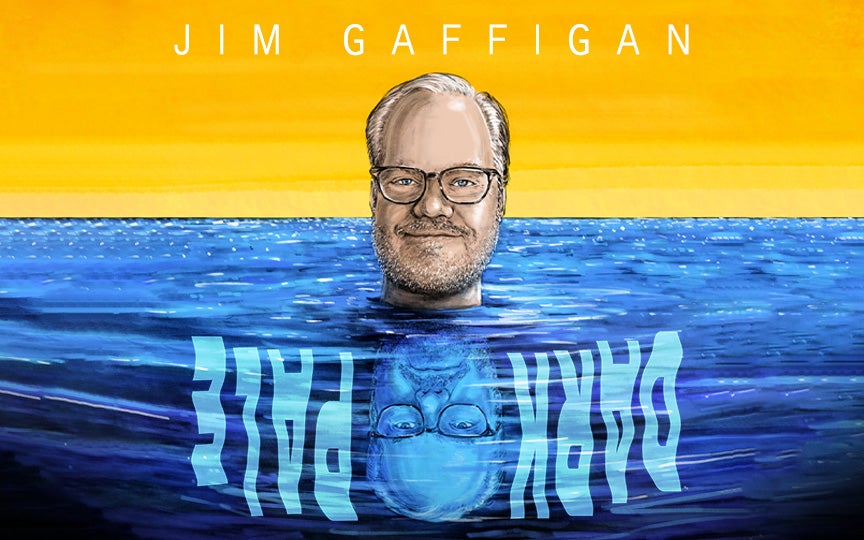 Have a promo code to access a presale?  Enter the code at the link below:

Tickets will go on sale to the general public beginning Friday, October 7 at 10 AM

A top ten comedian according to Forbes’ 2019 comedy list, Jim released his 8th stand-up special, The Pale Tourist, on Amazon. He was also recently awarded for being the first comedian to reach one billion streams on Pandora. His 9th stand-up special, Comedy Monster, premiered on Netflix last December.

Up next, Gaffigan will be seen as the lead in the Sci-Fi dramedy, Linoleum, and will star as Mr. Smee in Disney’s Peter Pan and Wendy, opposite Jude Law and Yara Shahidi.  He will also co-star Jerry Seinfeld, Melissa McCarthy, James Marsden, and Hugh Grant in Netflix’s Unfrosted, and co-stars in the independent film Susie Searches which premiered at TIFF this year. HBO Max recently announced Gaffigan joined the cast of Full Circle, a limited series from Steve Soderbergh and Ed Solomon which follows an investigation into a botched kidnapping connecting multiple characters and cultures in present day NY.

Gaffigan regularly does humorous commentaries on CBS Sunday Morning for which he has won 3 Emmys.  In 2018 Jim served as master of ceremony at The Al Smith Memorial dinner.  In 2015, Gaffigan had the great honor of performing for Pope Francis and over 1 million festival attendees at the Festival of Families in Philadelphia.

Gaffigan and his wife currently live in Manhattan with their five loud and expensive children.