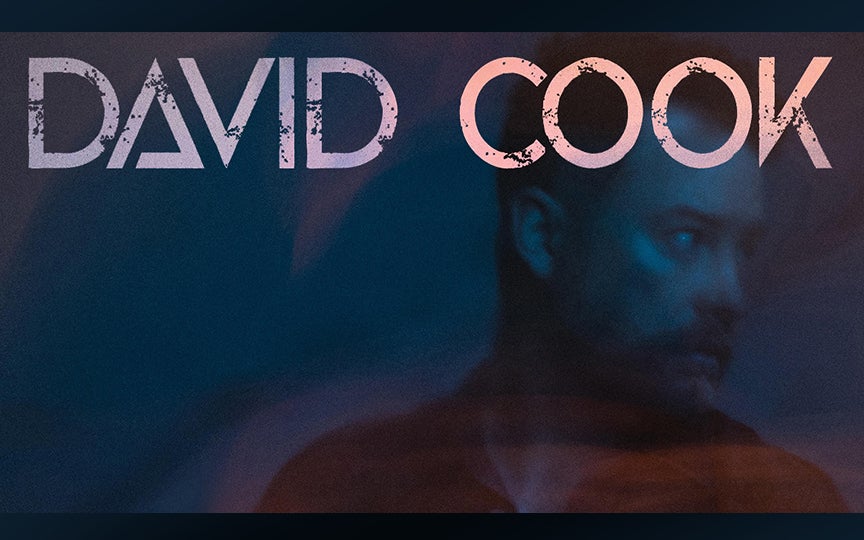 David Cook (and yes, the same David Cook who launched into stardom following his American Idol Season Seven win – breaking several Billboard chart records when 14 of his songs debuted on the Hot Digital Songs chart and 11 of his songs debuted on the Hot 100) certainly knows his way around a good song. His first album, Analog Heart, came out pre-Idol, and his last album, Digital Vein, nicely book-ended that chapter of Cook's career, a chapter during which he sold more than 2 million albums (including his platinum-certified eponymous album) and, collectively, more than 5 million tracks (including two platinum-certified singles) worldwide. David continues to find success, not only for himself but also as a writer for other artists and touring throughout the world.

In April 2022, David released his latest single, "TABOS" (This'll All Be Over Soon). The single's release coincided with his return to the American Idol® stage to perform for their special 20th-anniversary reunion show

This event is in the STUDIO THEATRE. From the King Center parking lot, continue past the Main Theatre doors and the Ticket Office, go left around the corner of the building. The Studio Theatre is straight ahead through the glass doors. Signs are overhead to direct you.

Meet David Cook and get a photo after soundcheck at 7 PM!
$50 plus fees.
Does not include a show ticket. Show ticket required to attend Meet and Greet event.