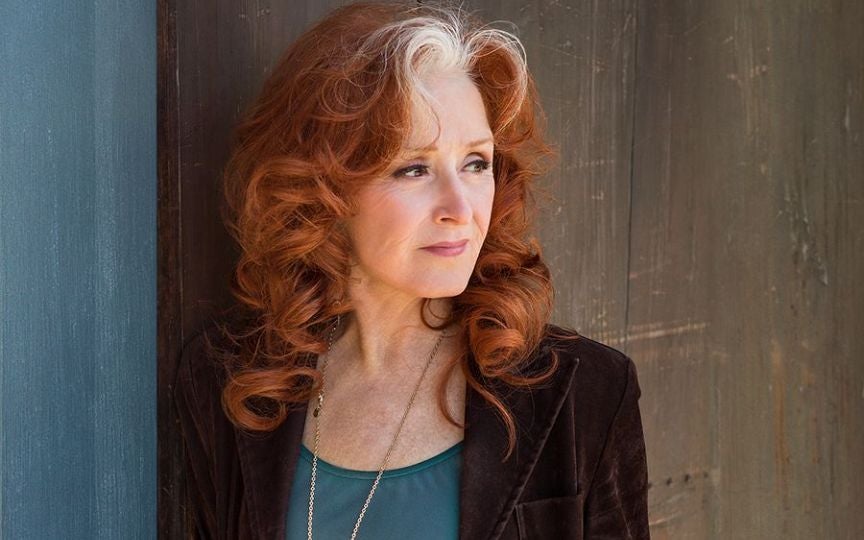 NO RECORDING OF ANY TYPE, AUDIO, VIDEO OR PHOTOGRAPHIC IS
PERMITTED DURING ANY PORTION OF ARTIST’S PERFORMANCE*

Bonnie Raitt is a singer, songwriter and guitarist whose unique style blends blues, R&B, rock, and pop. After 20 years as a cult favorite, she broke through to the top in the early 90s with her GRAMMY-award winning albums, 'Nick of Time' and 'Luck of the Draw,' which featured hits, "Something To Talk About" and "I Can't Make You Love Me" among others. The ten-time Grammy winner was inducted into the Rock & Roll Hall of Fame in 2000 and Rolling Stone named the slide guitar ace one of the “100 Greatest Guitarists of All Time” and one of the "100 Greatest Singers of All Time.”

With Just Like That…, her twenty-first album released in April, and her first new release in more than six years, Raitt continues to draw on the range of influences that have shaped her legendary career, while creating something that speaks to the circumstances and challenges of these unprecedented times.

Raitt has never felt more grateful that she can continue making music, contributing to causes, keeping her crew working, connecting with her audience. “I’m really aware of how lucky I am and I feel like my responsibility is to get out there and say something fresh and new—for me and for the fans,” she says. “It’s really daunting not to repeat yourself, but I have to have something to say, or I wouldn’t put out a record.”

Use of masks are optional and at the discretion of the individual patrons. The artist suggests that ticketholders be up to date on vaccination protection and receive a negative COVID-19 test within 72 hours of the concert. Proof of vaccination and/or negative test result is NOT REQUIRED for entry into event.