Classic Albums Live: The Lithium Experience and Tyler Henry, The Hollywood Medium: An Evening of Hope and Healing

The King Center for the Performing Arts is proud to announce two new shows coming to the Space Coast!

Classic Albums Live: The Lithium Experience is an all-new take on the Classic Albums Live experience coming to the King Center on Saturday, December 17 at 8 PM. Additionally, AEG Presents is bringing ‘Medium’ Tyler Henry, star of the NETFLIX series Life After Death with Tyler Henry to Melbourne. The event titled Tyler Henry: The Hollywood Medium will take place on Friday, February 24 at 8 PM. Both events will be performed live on the L3HARRIS Technologies Theatre Main Stage. Tickets go on sale this Friday, July 22nd.

Craig Martin, CEO & Founder of Classic Albums Live says “It is time for The Lithium Experience. It's funny to think that music from the 90s is now nostalgic. Heavy grunge, killer alternative, all the big hitters [will be featured] on this show: Stone Temple Pilots, Pearl Jam, Nirvana, Soundgarden, Janes Addiction, and other some surprises. When we first took on this genre, we were amazed at how well-crafted the songs were and how much effort it took to play them [each] properly. Local Brevard County resident and lead guitarist, Shain Honkonen, for instance, has 13 guitar changes throughout the show.”
Martin goes on to say “We run one song into the next. It’s like a Classic Albums Live show in that we hit it note for note, but instead of [full] albums, we take a few songs from the featured artists and bang one into the next. It’s thrilling!”
“The Lithium Experience will bring a new generation to Classic Albums Live and remind our loyal fanbase of just how much fun this time in music history was!”

Medium Tyler Henry, star of the NETFLIX series Life After Death with Tyler Henry, continues to be the most sought-after clairvoyant medium both in the United States and around the world. His first show, E! Entertainment’s mega-hit Hollywood Medium with Tyler Henry, showcased his unique gift of communicating with the other side and his ability to bring comfort, closure, and hope to his clients and viewers.

Growing up in a small town in central California, Tyler began receiving intuitive mental images when he was only 10 years old with the foretelling of his grandmother’s death. Intimate communication with a deceased loved one evolved into "reading" classmates, and Tyler soon found himself the victim of schoolyard bullying. Between speaking to the dead and predicting people’s futures, and juggling math homework and gym class, life for a teenage medium in a small town became anything but easy.

With over 300,000 requests for readings from his followers, Tyler decided that a Live Show Tour would be the most effective way to reach even more of his ever-expanding audience in need of healing. During his life-changing live show “An Evening of Hope and Healing” Tyler shares how he communicates with departed loved ones and shares incredible stories of his journey to Hollywood and detailed accounts of readings that helped shape his understanding of the other side. Plus, his incredibly accurate, personal live readings of audience members often bring the entire audience to tears, giving them the proof, hope, and understanding that “Our loved ones never really leave us.” Tyler is also a best-selling author with his first book, Between Two Worlds –Lessons From The Other Side. His second book, Here and Hereafter, will be released on March 29th, 2022.

Tickets for both events go on sale this Friday, July 22, at 10 AM online at KingCenter.com and at noon at the King Center Ticket Office / 321-242-2219. For more information visit KingCenter.com. 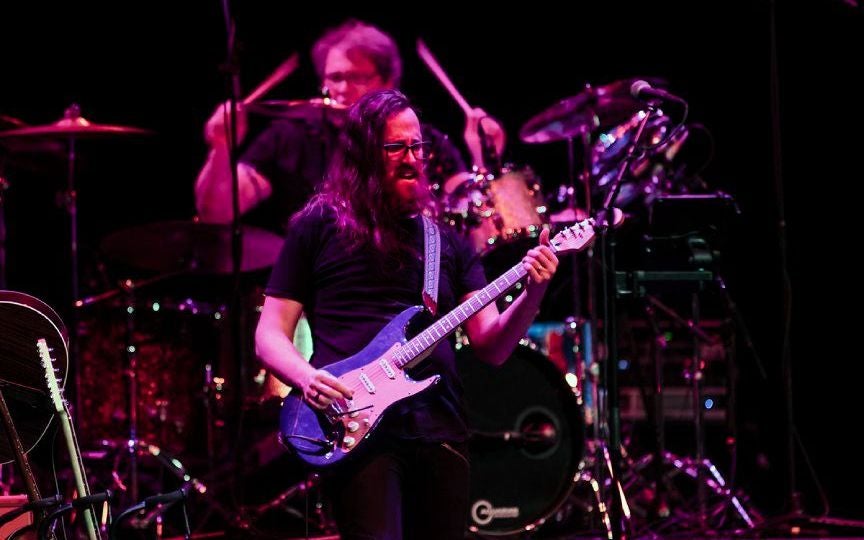