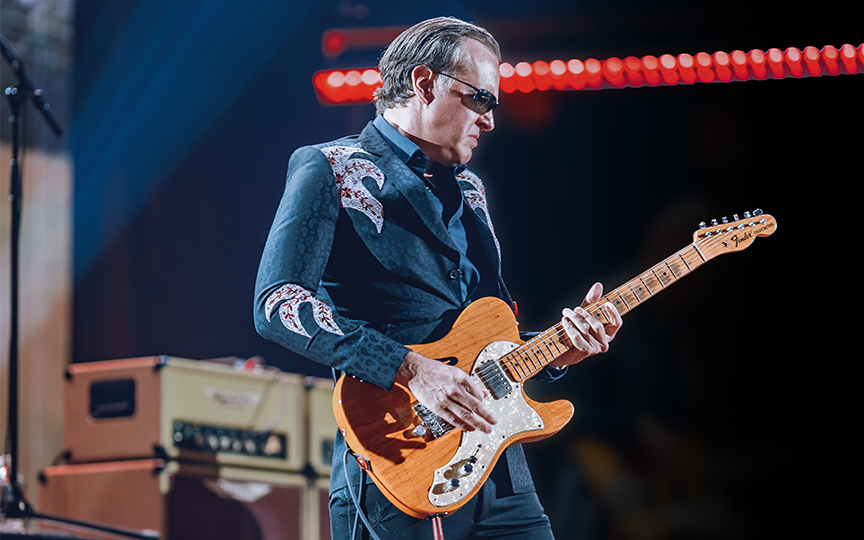 The King Center for the Performing Arts along with J&R Adventures is excited to announce the return of legendary blues-rock guitarist Joe Bonamassa, performing Live in Concert at the King Center on Friday, March 10, 2023, at 8 PM.

Joe Bonamassa is one of today's top live performers. His enthusiastic shows are one of the biggest parts of his career, and a favorite for music lovers worldwide. Hailed internationally as one of the greatest guitar players of his generation and cited by Guitar World Magazine as “the world's biggest blues guitarist,” Bonamassa has almost single-handedly redefined the blues-rock genre and brought it into the mainstream. Backed by a stellar band of amazing musicians, the set list for this show will feature his newest album “Time Clocks” in its entirety, alongside career-spanning favorites. “Time Clocks” is his 25th #1 Billboard Blues Album (more than any other artist in history).

Joe Bonamassa is back out on tour and performing live at the King Center for the Performing Arts on Friday, March 10, 2023, at 8 PM on the King Center’s L3HARRIS Technologies Theatre (Main Stage).

Tickets go on sale this Friday, July 29 at 10 AM online at KingCenter.com and 12 PM at the King Center Ticket Office / 321-242-2219. For more information visit KingCenter.com